A little update from last Sundays race in Einruhr in Germany.

After some weeks travelling, it has been nice to spend some time home in Luxembourg. This does not mean that I have not been racing. Some really nice events at this time of the year take place just in front of my “house door”.

Yesterday I was attending the “Rursee Bike Marathon” in Germany. The race was consisting of 100km with 2500 meters of elevation.

Already before the race everybody knew that this race would be special due to the current weather conditions in mid Europe, almost 40 degrees and no wind. So my tactic was to ride in the group and try not to split up the race too early. Save energy!

As you might remember I won this event last year in front of former German champion and Cape Epic winner Robert Mennen from Germany. So I knew (like at most events) that there was nowhere to hide, and that I was counted in again as favourite for the victory. -Actually it’s quite cool, you already get a lot of respect from your opponents before the race. – And you might scare them a bitJ 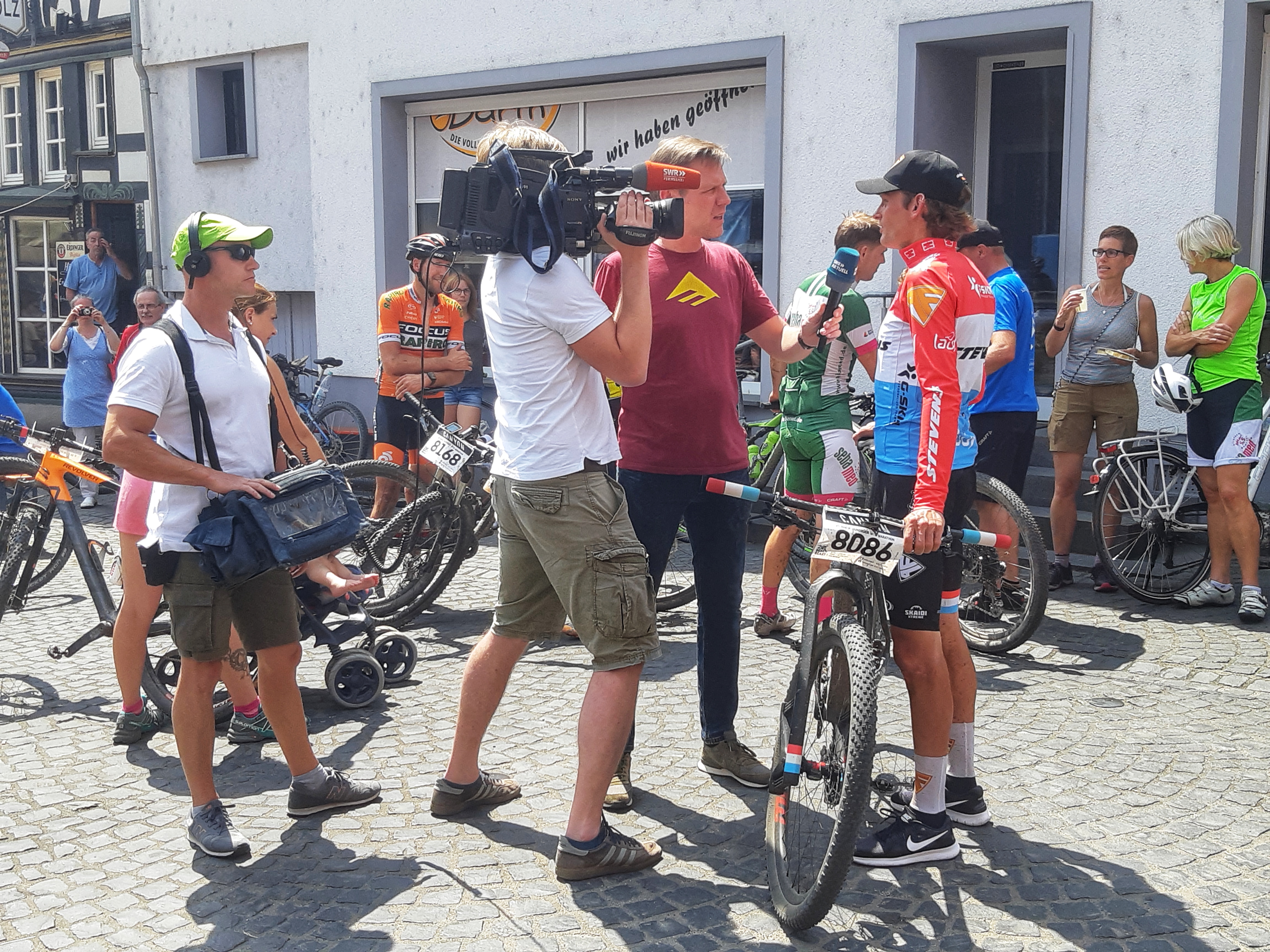 We started out directly with a sky-high climb over more than one kilometre with 20-25% !!

Like in every German race, the pace was super high from the beginning. So after the first hour of racing, the front group was cut down to just 5 guys. We rode together until 30 km to the finish where I launched my attack and could ride in solo to the victory 2,5 min ahead of Bart Classens from Belgium. Peter Herman from Germany finished in 3rd position.

Also the week before I had a great racing weekend in Germany at the “Canyon Bike Marathon” in Rhens. An event just 2 hours’ drive from Luxembourg.

After 80km and 2200 meters of elevation I could also take the victory at this event just like in 2014 and 2017. Really great to be a part of such cool and good organized events. It makes me really glad to see how happy people are when I show up at these events. For me it is very important on one hand to participate in a mix of world class races and compete against the best world riders, but on the other hand it is also important to show up in local races like in Rursee or Rhens. It means a lot to me that people not only know me as a “globetrotter” travelling around the world to race only the biggest events. 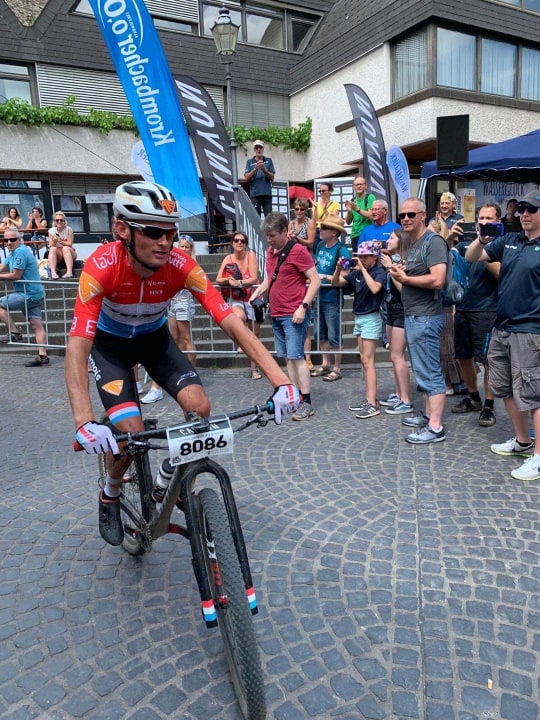 These weekends have been super nice and were a good opportunity to test before my shape before the really big upcoming goals in July. I feel strong and ready at this point. –I have been doing a lot of hard work and now I can only hope that it was good enough to maintain my shape until the upcoming BIG events.

In July I will have my main focus on defending my title at the Luxembourgish national championships in cross country MTB (21.07.2019). My club VC Diekirch will organize the race this year on a really difficult track. A national champion jersey would mean everything to me. Before the nationals I will race the UCI World Series in France (06.07.2019) which takes place around the famous mountain of Mont Blanc. The race is said to be the hardest one day MTB event in the world with 140km and stunning 7000 meters of elevation!!

Here some news/articles from the race:

I have sent you some cool photos from the races. At the “Canyon MTB Marathon” a media team from German TV channel SWR Aktuell made a great report from the race. This report was on TV in the evening. Cool to see the interest in this great sport! Afterwards I had a talk with the guys from SWR and they told me that we could use the video as we want, just please mention SWR Aktuell if posting online. Please also have look at my new car from Garage Pepin in Luxembourg. –The wrapping looks cool right? –People will for sure notice when I am around at events J 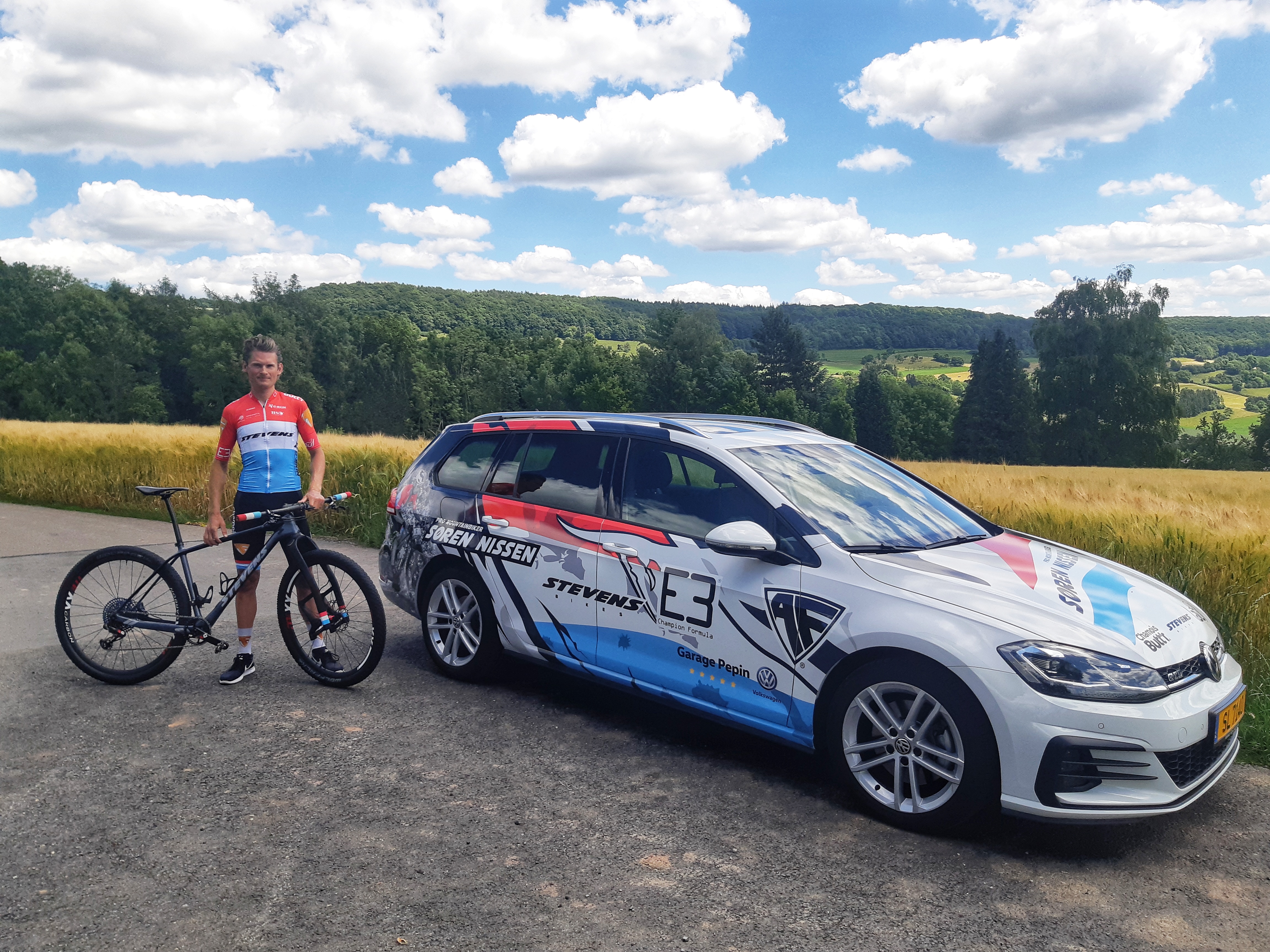