I've just returned from a weeks holiday in the Dordogne region of France.
If you don't know it then you should definitely look it up, it's a beautiful part of the world, full of medieval villages and castles, with quiet roads and loads of bike trails, its perfect.

This trip was a family one so we took all the bikes and went visiting as much as we could.

One of the highlights of the Dordogne is the beautiful, calm river that gives the area it's name and draws huge numbers of tourists to canoe and kayak some of the picturesque parts of it. There are huge numbers of boats heading down with the current, through high sided valleys, past fairytale castles high on the hill and ultimately to their pick up spot where they jump on the bus and get a lift back to the start.

Naturally, having done the same amazing adventure with the kids for the past 3 years, it dawned on me that I had never seen anyone swimming the river and I wondered if it was possible.

I googled it and found nothing, so figured the best way to find out if it was possible was to try! So I had Mrs M drop me off at Ceynac and arranged for her to meet me at Beynac, a truly astonishingly beautiful town on the hill overlooking the valley.

I fashioned myself an emergency kit from an old towel bag and some velcro, then wrapped my phone in a sandwich bag and stuck it inside, put some old trainers on incase of Portage sections and then headed off, with no real idea of how long I would take or if it was all swimmable.

And you know what? It was amazing!

Just under 3 hours of steady swimming got me all the way to my intended meeting place, the phone survived so I was able to call for a lift, and I had racked up just over 10km of beautiful swimming in one of the worlds most idyllic spots.

If you're going to try this, I have a couple of suggestions that I overlooked.

Take something to eat or drink...I only had my small hastily put together bag so had nothing in there and a drink would have been nice...some E3 at the start and end was amazing and I never needed a drink but for most, something along the way will be necessary.

Put some anti chafe cream on your pits...my underarms were red raw by the end and it took a full week to recover! I simply didn't think about it and I would have enjoyed the last hour a lot more had I been able to concentrate on something other than the burning under my arms. 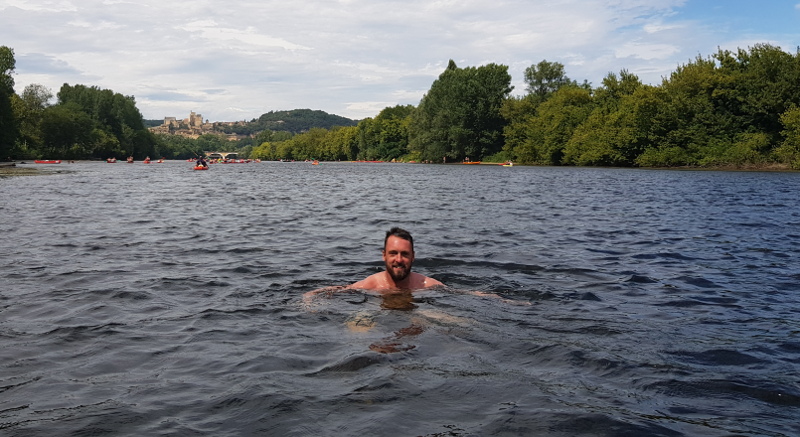 Water shoes. I wore some old triathlon trainers which were fine, but something a little less bulky would have been good as there were only really 2 or 3 spots where I needed to walk, the rest was a dream.

Other than that, go for it. It was an amazing adventure and one I will always remember. I urge you all to visit the area and get yourself in the river, even if not for a full 10km, but for a splash about and a look around at the amazing scenery. 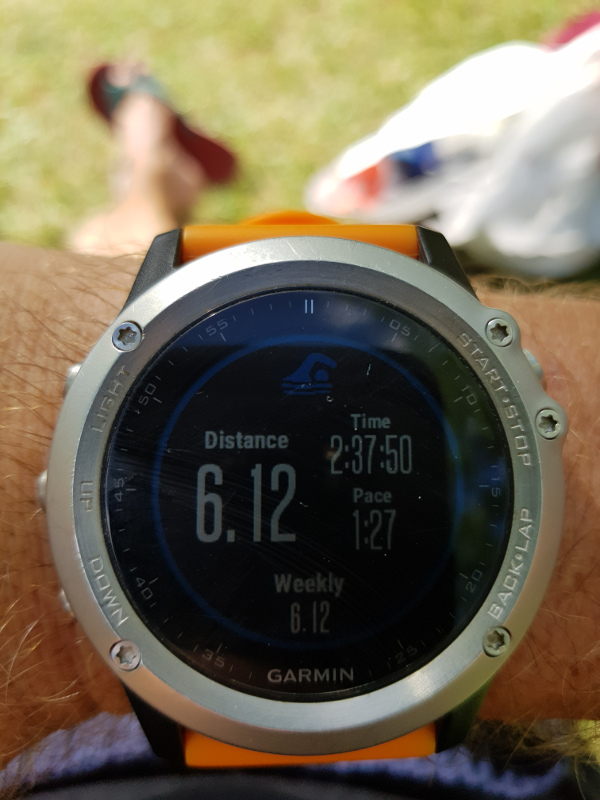 I'm now thinking about my next swimming adventure, a swim across the bay where I live, which has the second highest tidal range in the world, which brings with it some pretty serious safety issues, so maps are out, canoes are washed and I'm watching the weather reports daily...I'll let you know how it goes.

Editor's Note: Marc can be found at https://www.facebook.com/SoleCycling/ writing about his awesome adventures and inspiring dads to do fun stuff at http://www.sportydaddy.co.uk/

P.S. Rumour has it that he has some custom AF Speedos but he ain't brave enough to show them.