I'm wrote this halfway through a long stopover in Oslo, sitting in a deserted Pizza parlour, attempting to recount the best parts of an epic adventure in the far north of Norway. Soren Nissen, our Pro team rider has won the Skaidi Xtreme the 3 times he has competed and was very keen to get back there to make it 4. The organisers of the race very kindly offered for me to come along as well and see what all the fuss was about.

My first time to Norway, first time I’ve met any of the crew, club members, local riders or business owners. Ben Thomas, UK National XCO champion, Soren Nissen, Luxembourg National XCO and XCM champ and me, an out of shape crazy aussie were greeted at the Alta airport by a lovely lady (and mountain bike rider of course) Ida, who delivered us to our ferry down at the wharf. We had so much gear including bikes and cold weather gear, she had to do 2 trips. 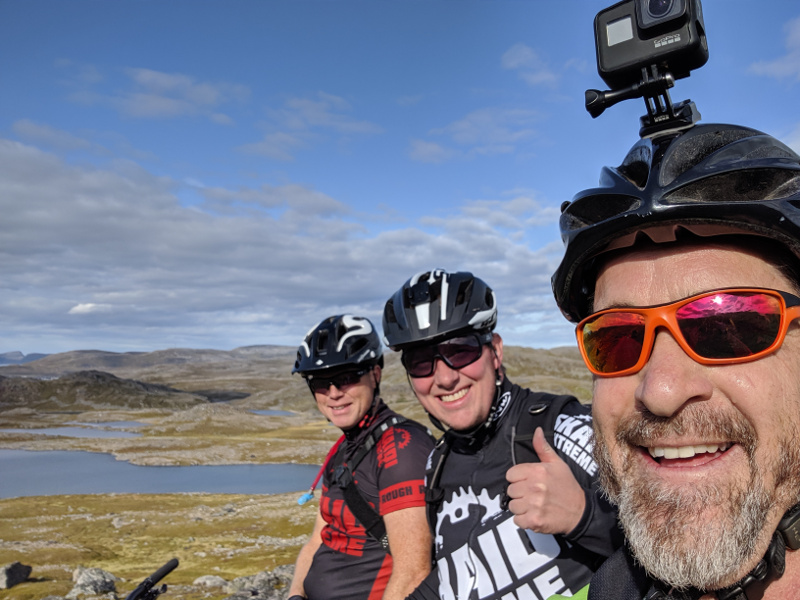 We set out on the Ferry heading to Hammerfest, which apart from being one of the most Northern towns on the planet and the first town to get powered street lights, it just happens to have the coolest name ever I believe. If the Skaidi Xtreme wasn’t so named, I’d just call the race the “Hammer-Fest!” But extreme describes it well. 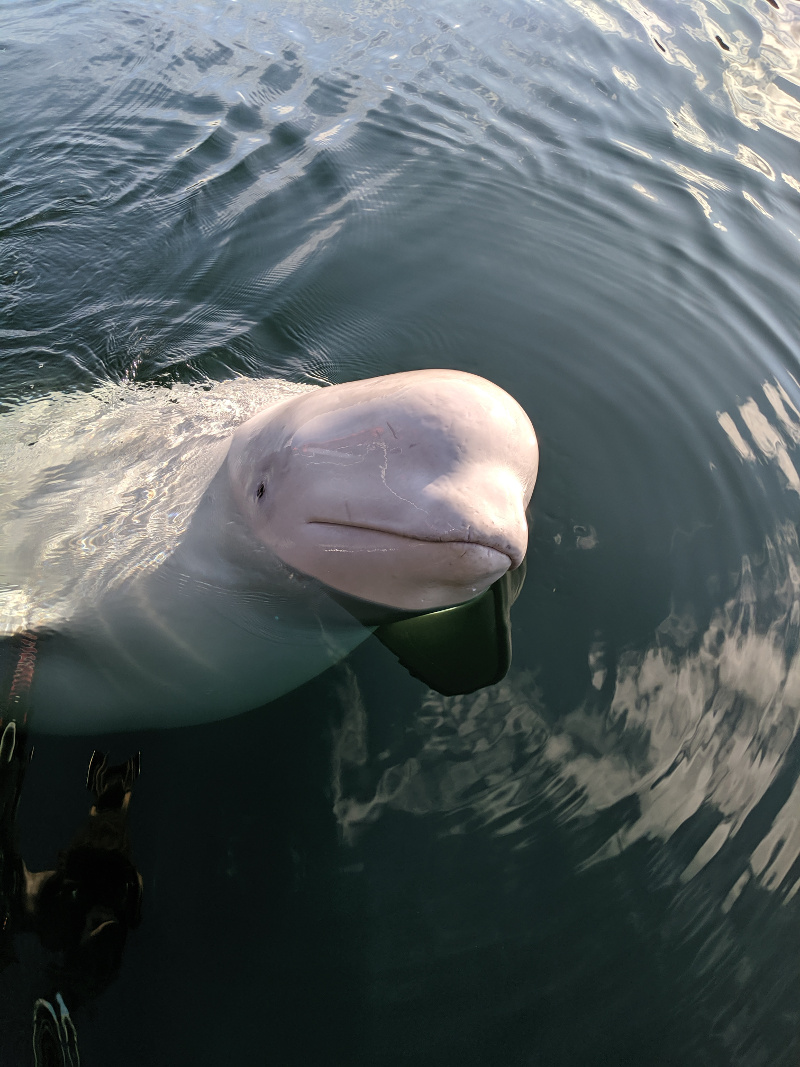 On the ferry, we had our introduction to Norwegian seascape and wildlife. A very enthusiastic Norwegian lady randomly started showing us photos of what looked like a white dolphin that was trained as a Russian spy or something. I thought she was completely bonkers, and we laughed our heads off when she moved on to the next group.

We were then picked up by the crew and taken to the Hammerfest Smart hotel. Funnily enough, outside our hotel, a small crowd of locals gathered to see a 3-metre-long white whale play with rope and put on a show for the locals. Clearly highly skilled and trained in many aspects of interaction and dexterity. Lesson one. What may seem totally unbelievable anywhere else on this amazing planet, may actually be so in Norway.

We unpacked and walked up a massive hill for dinner at Odd Peder and Susanna's house. One at a time, legend upon legend of the Norwegian and World Mountain Bike community started coming out of the woodwork. Man, was I feeling a little intimidated? I’d barely done any training and some of the guys and girls were multiple national champions and had raced all over the globe at the highest level. We sat around a single 5 metre long table, sharing stories of bike rides around the globe, taking in the breathtaking views of the harbour dining on locally caught cod and steamed vegies.

I picked up my rental bike and we all headed back to the hotel. Lights out after 2 full days of travelling. Next day we rode to the top of Tyven, the lookout behind Hammerfest. I tried to follow the guys down, but it was madness. Second lesson. Just because someone can climb, doesn’t mean they have no downhill skills. Far out.. 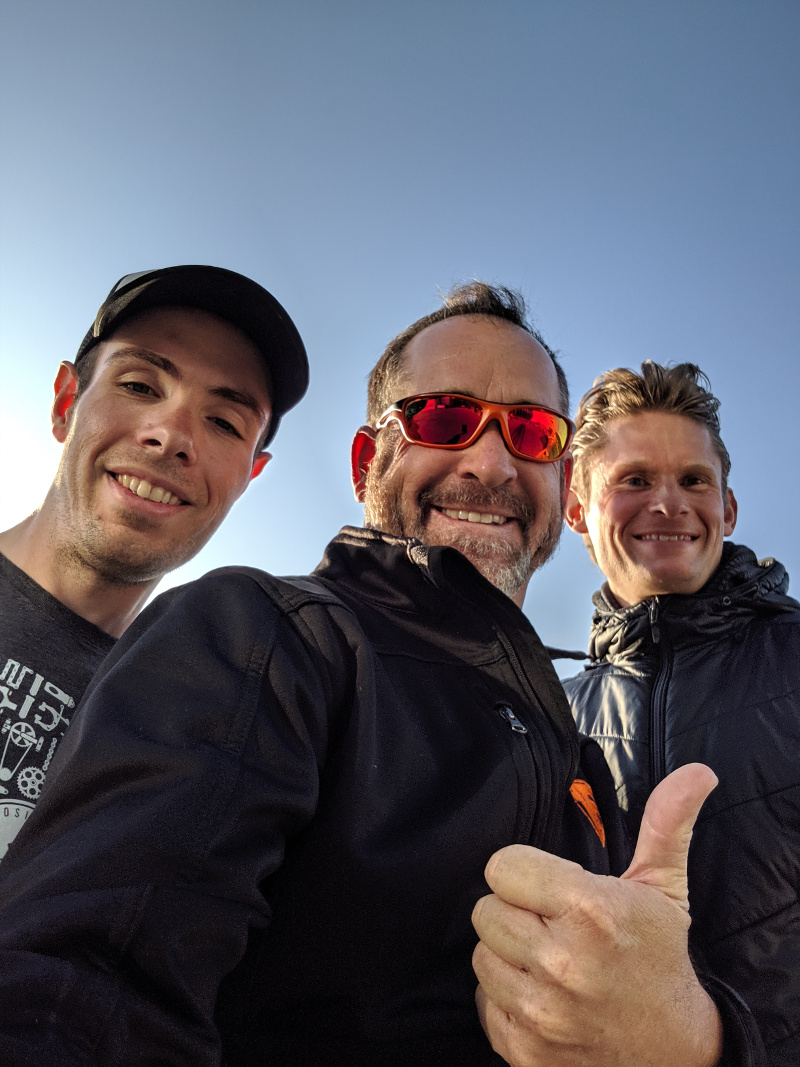 That afternoon we helped at a skills clinic with about 100 kids. Amazing. Such a small, remote community and 100 kids turn up for a training session. We had a huge laugh and made some friends. I kept being reminded that I was the one with the funny accent, not all of them. That night we joined all the sponsors and marshalls and had Reindeer Tacos and lots of good conversations in a local restaurant.

Next day, we went fishing. Another amazing day perfectly organised with a balance of high energy activity and chill time taking in the Norwegian magic. We cruised out of the Hammerfest harbour on an 80-year-old fishing boat which was now a wonderfully restored sailing museum. We then moored at a remote pier, split into groups of 6 and jumped in small boats and set off for a 30-minute sail to the perfect fishing spot. After adjusting our boat for the strong current drift, we hit the sweet spot and couldn’t bring the fish in fast enough. We caught dozens of fish, with Soren catching the biggest on our boat of course. 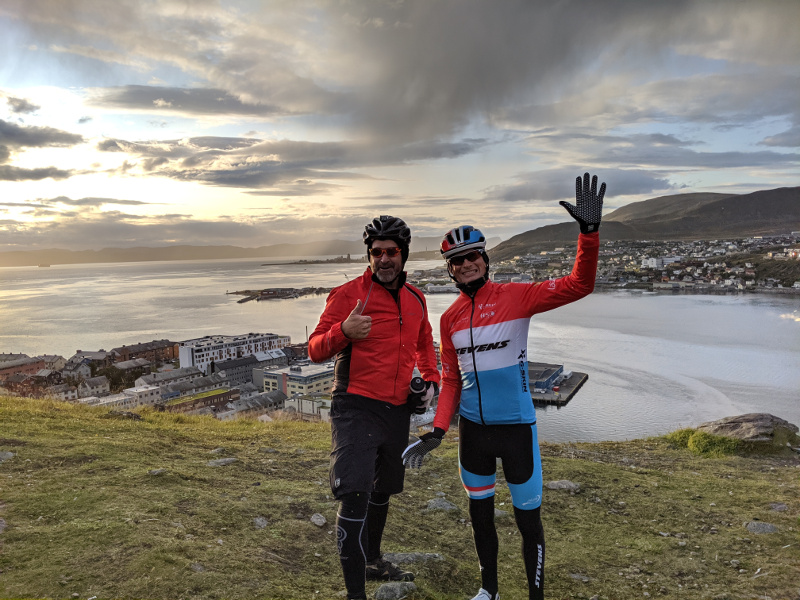 We set sail back to the shore and we came across the Russian spy whale named Valdimir again. This time, we had a private show and he didn’t disappoint. He gave me a high five and off he scooted to another fishing boat to continue the show. This was like nothing I’ve ever seen. We docked and enjoyed a traditional Norwegian fish soup meal followed up with lamb and vegies cooked in what I would best describe as a Hungi, a New Zealand method of cooking under the ground in a bed of coals.
Back on the Museum boat we sailed right down between the points and moored at a small wharf, unloaded our bikes and rode the last 40km to Skaidi for the next of the adventure. I struggled with the head wind and the fact I tried to stay with Soren and Odd Peder at a cracking pace. I hit the wall at 5kms, so a local legend, Steiner drafted me the remaining 35 to the Skaidi Hotel.
Next day we rode up a small hill through a forrest and sat with a Norwegian Sami family, enjoying traditionally cooked reindeer and the best mashed potatoes I’ve ever eaten. We sat around a campfire outside traditional Sami tents, listened to songs and stories of lives spent herding the families 3000 reindeer, 250 kms by foot and ski, before the modern snowmobiles and quad bikes. I was the last to leave and didn’t want to go even then.
Race day. I’m sure you will read a lot on social media about this event. The Skaidi Xtreme is a one-day race of varying lengths up to 43kms for your leg burning pleasure. It runs up and down a series of soggy, marshy plateaus to height of approximately 400 metres above sea level. 500 of us set off, all with our own personal objectives. Soren’s was to make it 4 wins out of 4 starts. Ben’s was to place better than his 3rd place last year and to de-throne the king of Skaidi. Mine was to complete the 43 kms before dark. Soren won, Ben made Soren fight every centimetre, narrowly missed the win and I finished with a huge smile on my face in under 5 hours. 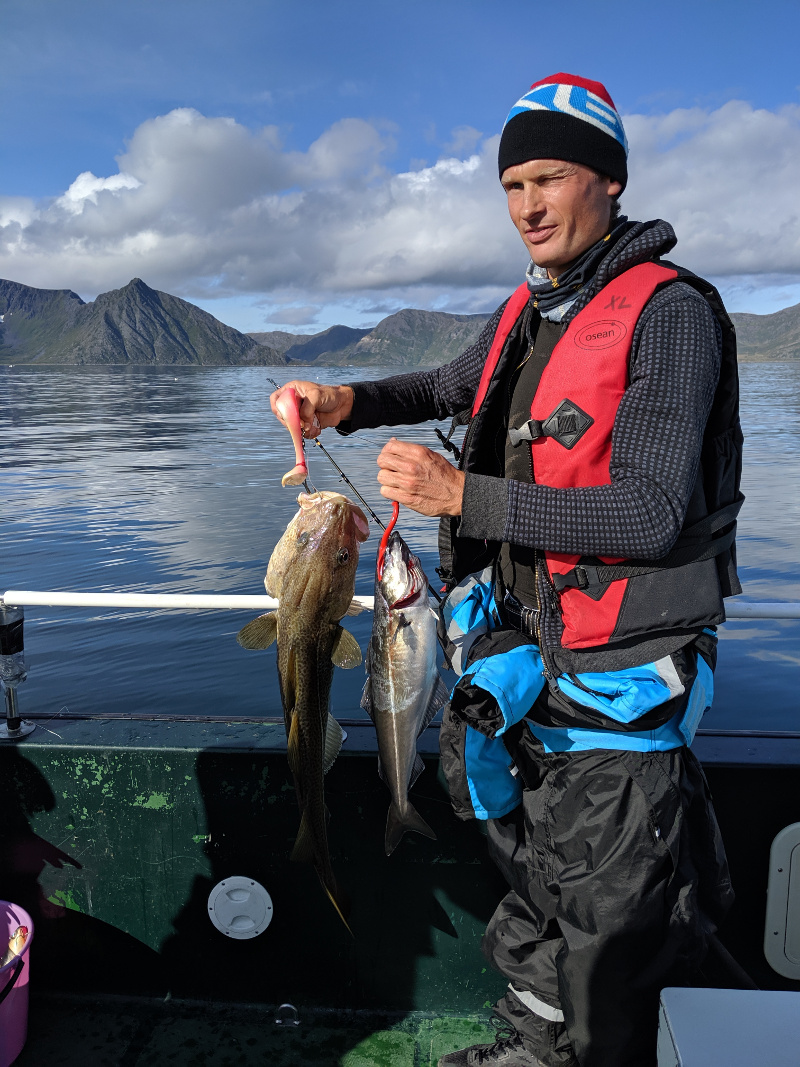 We then dressed up in formal gear and had the after party of the decade featuring great hilarity and astounding food. Norwegian customs are to be seen, by everyone, at least once in their life. The highlight of the evening for me was when the Sami elder Aslak Eira spotted me through the noisy partygoers and came and shook my hand. He told me he remembered me from the campfire chat but had also seen me riding my bike in the race and he wanted to make sure I knew that. I took his phone number and we swapped names. When he heard mine, he spoke of when Lyndon Baines Johnson (LBJ) was the US president in 1966, my birth year. He also remembered the president before and after LBJ. Not bad for a reindeer herder living in a cabin in remote hills of Northern Norway. He was fascinated about the Australian aboriginal culture and asked me to say hello to them when I went back. He was interested to know that my family were farmers, from the land he said, much like his family.

Thank you to everyone involved in such an amazing event. It was remarkable. I thought the race would just be the icing on the cake, a bonus perhaps, but it was equally as stunning as the wonderful land and people that spoiled me with memories for the best long weekend I’ve ever had.