Hope you had a nice weekend!!

Super excited to tell you all that I defended my title at the national cross country championship yesterday in Luxembourg!! J

It was a very special race as my amateur club (VC Diekirch) was organizing the event. So the track suited me really well this year. As I only live 5 km away from where the race was held, I had the advantage of being racing more or less in my “backyard”.

This race was of course one of my main goals of the season and I have had this race on my mind for the last few months. I have been preparing really intense for making a good result on this particular day. 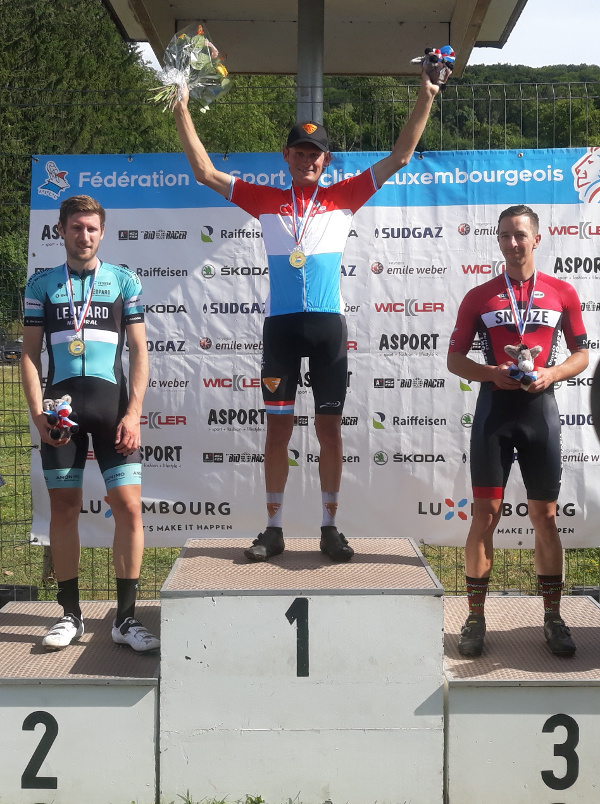 This has for sure not been an easy challenge and I made everything more difficult while crashing 4 weeks ago at the “Canyon Marathon” in Germany and a broken rib was the result. I even feared that I would not be able to defend my title. Only during the last week before the race the pain started to decrease, and I could more or less sleep a whole night through. I had quite a few injuries in my years of cycling, but this broken rib took the “pain” to a next level. At the end it all worked out and I was ready to go for it!

The championship on July 21st was held on a super difficult track consisting of 7 laps of 4,5 km and almost 1200 meters of elevation for the entire race.

We started really fast right from the beginning, like usual in cross country. Normally I am a bit of a slow starter but on this track I could move to the front really fast. I could see that the other riders had big respect of this crazy hard track so the pace suited me perfectly. Already during the first lap I got a small gab to the rest of the pack. From here on it was just to keep my pace for the rest of the race. Nobody ever came near me again and after a long sole ride I could raise my arms for my 2nd cross country title in a row. Pit Schlechter from Leopard Continental team finished in 2nd position and the surprise of the day, Ben Philippe in 3rd position.

I am super happy with my victory and how things worked out. Now I will be wearing this beautiful jersey in all cross country events from now on and during the whole next season. 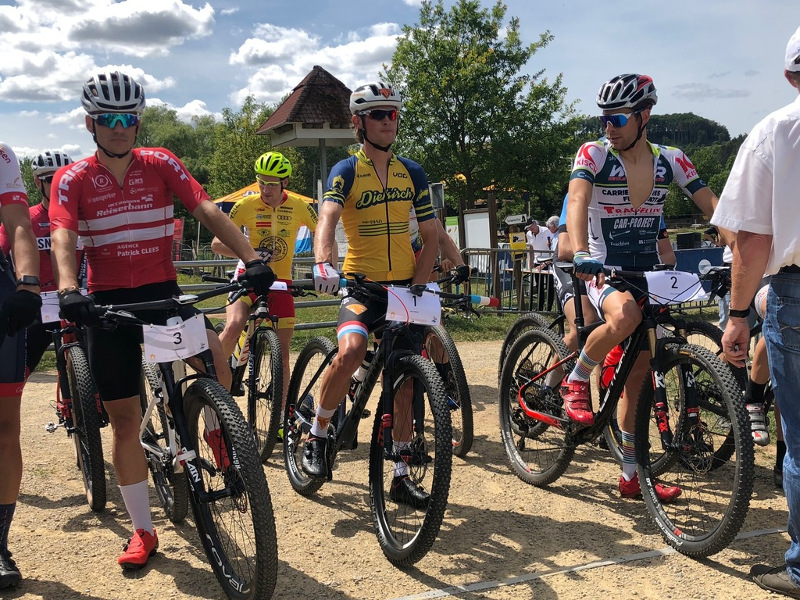 I have chosen to now get a little rest during the first part of August. I paced my body really hard and had to dig deep to continue training hard while being in my own little world of pain due to my fractured rib.I will be doing a gravel race (The Rift) in Iceland this upcoming weekend (27.07.19). After that, I will start working on my shape for the UCI S1 stage race “Swiss Epic” in the end of August (20-24th). Swiss Epic is an event for pairs and I will team up with the really strong rider Frans Claas, former double champion of Belgium. I believe we have a team strong enough to go for the overall victory.I will of course keep you updated about these events, and you can follow me on my social media accounts.

Here a few articles from the Luxembourgish press:

Link to the homepage of “The Rift”