We recently had the opportunity to fly over to Christmas Island from our home city of Perth. Although Christmas Island is an Australian Territory, it is actually closer to Jakarta, the capital of Java, than it is to any of the Australian Capitals. At 2800kms, it's just short of a 4 hours flight and a return ticket from Perth will cost you between $1100 - $1400. It is a remarkable island with so many surprises, that in every sense of the phrase, need to be seen to be believed.

The first time i visited Christmas Island in 2016 was on business and i vowed to not return without my mountain bike. I was able to fit my bike within the 23kg weight limit and paid a bit extra for another 23kg for my clothes and riding gear and paraphenalia. I really did over pack, taking a set of thornproof tubes and 2 new tyres, tools, cameras,laptops and warm clothes. I seemed to (incorrectly) recall that there were lots of thorns and i planned accordingly. Not required it turns out. As i plan to return in the near future i ended up leaving the spares on the Island, just in case.

On the first day, i set out with a Toyota Hilux Ute, that Christmas Island Phosphates loaned me (thanks guys) with my bike on the back and heaps of water and lunch packed up. I had no idea where to start, so i literally drove along the coast until i reached a cul de sac at Smith Point, parked up and jumped on my bike. It took about 2 kms of riding before i started to be totally blown away. I went from riding along a sandy leaf strewn track to playing the leading role in a scene of Raiders of the Lost Ark complete with caves, rope bridges, trap-like hanging branches and man eating spiders.. Well, it would have to be a really small man and they'd probably need to be coated in honey and left for 3 weeks for the spiders to eat them, but it certainly scared the bee-jeepers out of me everytime i saw one.

Day 2 i found a flowy dry creek bed running from Dolly Beach to Steep point with not so boggy sand and cruised up and down it. I ended up sessioning it and getting faster and faster, even though the video footage doesn't look like i did at all :-) 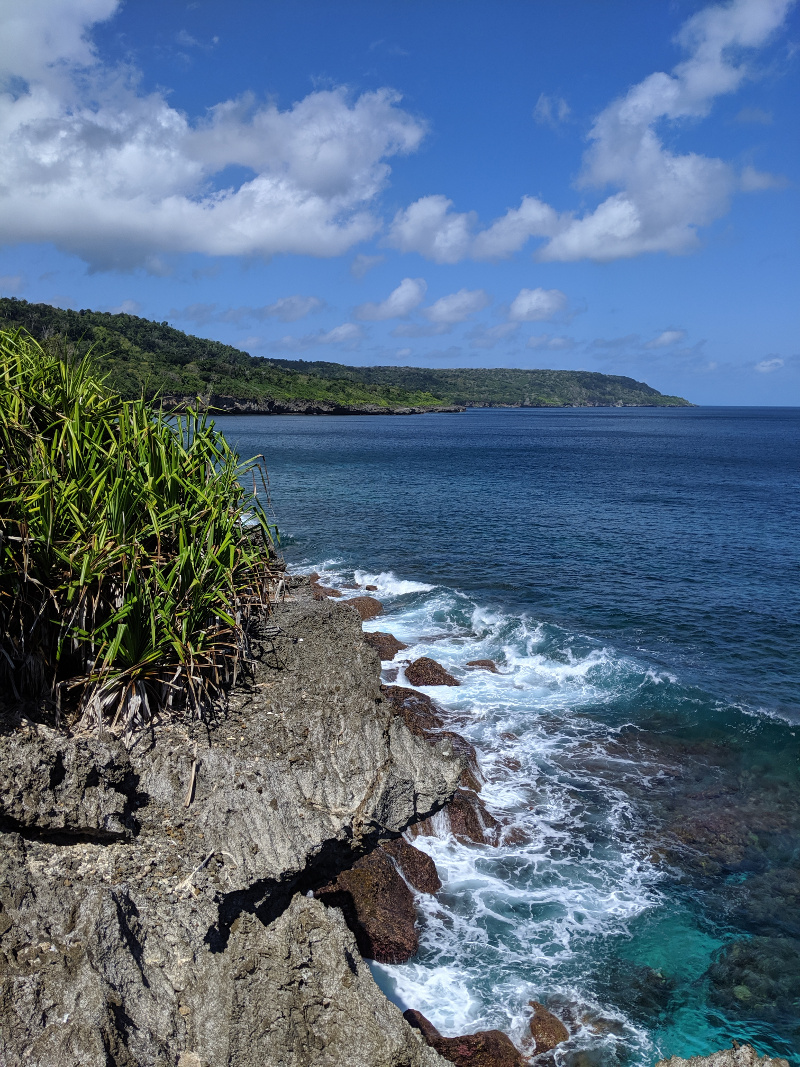 On Day 3 I found some amazing wooden and recycled composite boardwalks running from Lily Beach to the lookout  near Ethel Beach, leading back out to the tracks, beaches, picnic areas and more beaches. That was an amazing experience and reminded me a little of a stage of the British Columbia Bike Race where we rode through a swamp that became impassable without wooden boardwalks. The one heading down to Dolly beach was my personal favourite as it had rocks hanging over it and you actually needed your wits about you to not stack it big time. 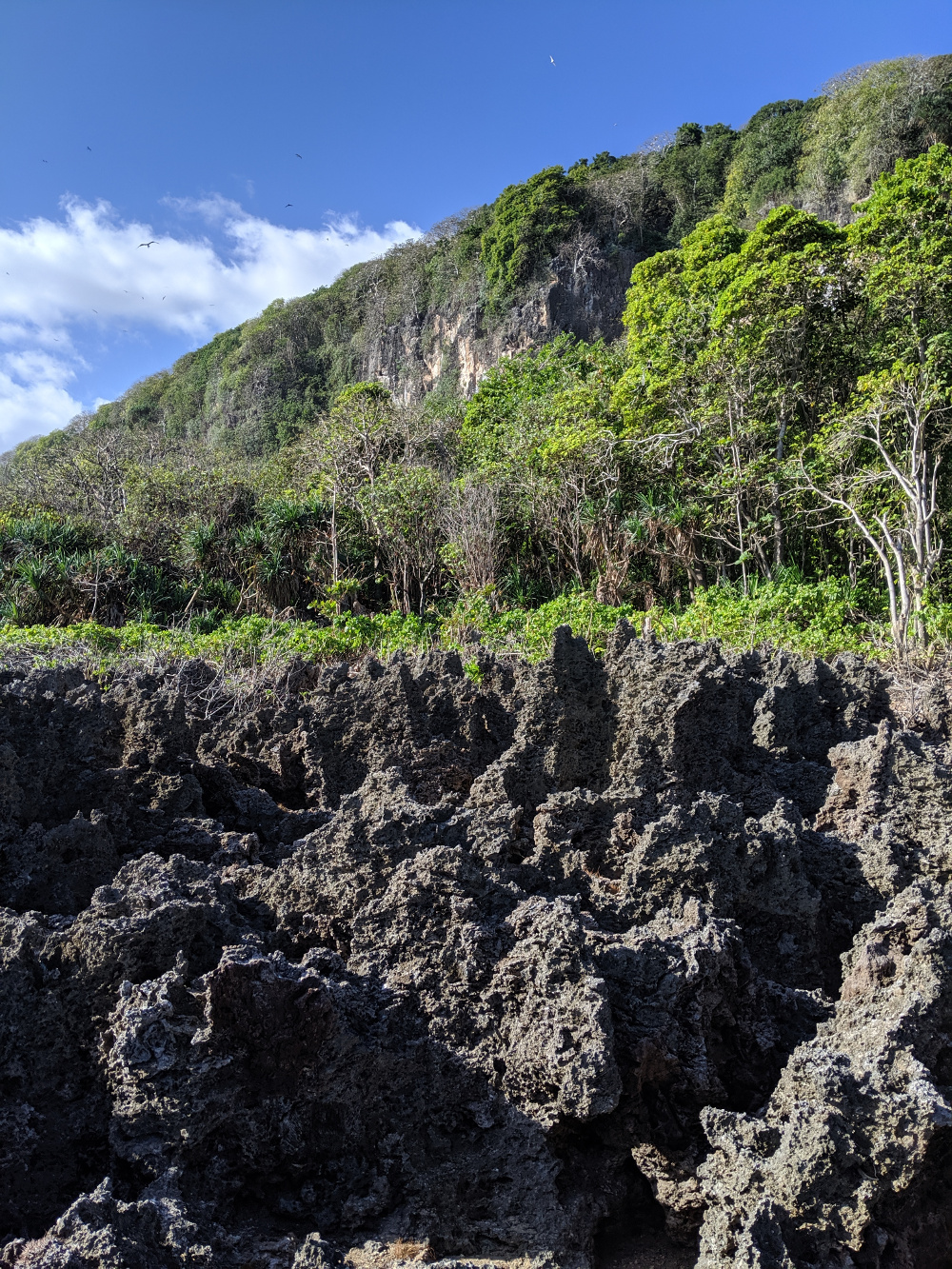 Day 4 i rode through the central jungle, past Grant's well and the Pink House Skink conservation centre, mapping out some beautiful easy trails that can take you from one side of the island to the other.

I spent day 5 riding along a deserted walk trail called the Boulder Trail to a very southern point of the island. There was a 75 metre sheer cliff shooting upwards on one side and a rocky coastline on the other. A magic day. 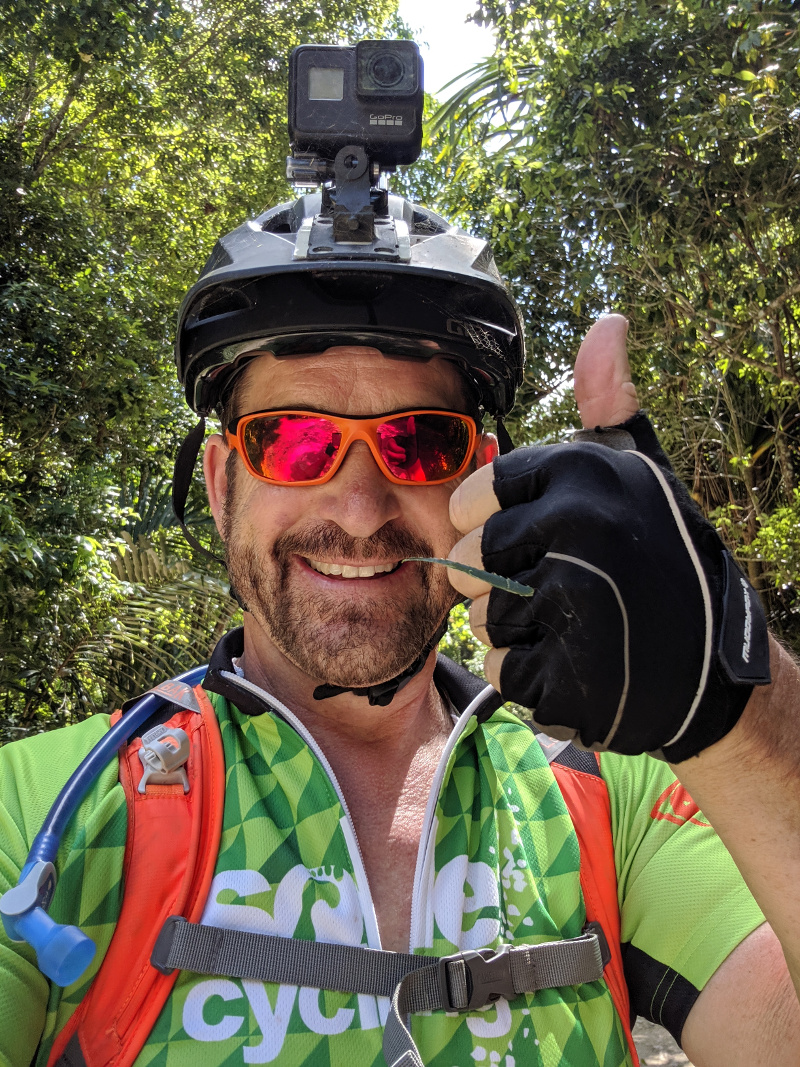 Day 6 gave me a chance to ride along the Old South Point Railway line to the temple. Oh i didn't mention the temples did i? There's ornate buddhist temples scattered over the Island, bringing more colour and intrigue to an already amazing backdrop of tropical jungle and mindblowing wildlife.

There's a few spots that i'm pretty sure i wasn't supposed to ride, so theres no way i'm going to put it in black and white. I'll leave those details out with a little summation. I'm going back real soon. I'm taking my bike again and i hope to to stay longer. I may even take a small tent or hammock to stay out in some of the magic spots i found. I just loved it and i thank everyone involved in my trip. You know who you are and i owe you all an adventure when you are in home town.

I highly recommend getting over there as soon as you can.

Have a ripper week.